Categories: Development, Community, TYPO3 CMS Created by Mathias Bolt Lesniak and Benni Mack
The release date for TYPO3 v10 has been moved, and the new date is Tuesday, 21 April 2020. That’s the date of the TYPO3 Association’s General Assembly and the Grand Release Party at the TYPO3 Company office in Düsseldorf, Germany—and maybe at your agency too?

The General Assembly is only the second reason why the date has been moved. The primary reason is that the original date (7 April 2020, two weeks earlier) was during the week before Easter, a school holiday in many places. The upcoming Easter weekend—and subsequent school holidays in many other places—would also give the marketing of the LTS release a bad start.

A Lot to Look Forward To

TYPO3 v10 LTS will be a milestone for the CMS and everyone in the community. Following the afternoon’s General Assembly, a lavish party will be organized at the TYPO3 Company’s spacious and shiny new office in Düsseldorf, Germany. More information will be published soon.

Organize Your Own Release Party

We also encourage everyone to organize their own local release parties, in case travelling to Düsseldorf, Germany, is not an option for you. We’ll do our best to make everyone feel like one big family—maybe even connecting the parties by video feed. 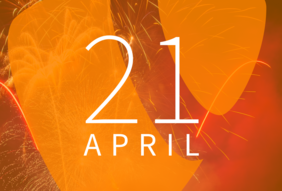